Posted on 6 January 2013 by mmmbitesizescience

These days, most people are aware of the increasing threat of antibiotic resistance, where bacteria that cause human disease become resistant to antibiotic therapy. This change is at least partially driven by the overprescription of antibiotics. Even our most robust antibiotics, which are active against a wide range of bacteria, are not up to the task of controlling certain infections, making the push to develop new antibiotics – or antibiotic alternatives – particularly compelling. One exceptionally well-publicised antibiotic-resistant bacteria is the methicillin-resistant Staphylococcus aureus (MRSA), which spreads throughout hospitals, communities and, interestingly, farms.

The first reports of livestock-associated MRSA (LA-MRSA) were published in 2003, after these bacteria were isolated from Dutch pigs. From there, LA-MRSA was identified in pigs across Europe, in Singapore and in North America. LA-MRSA was subsequently identified in horses and cattle n the United Kingdom. Unfortunately, livestock don’t keep these social microorganisms to themselves – the bacteria are more than happy to transfer across to their human keepers. Although the prevalence of LA-MRSA in the general human population is low, there is certainly evidence for it causing disease in people closely associated with agriculture and livestock. In one Dutch study, around 38% of cattle farmers were colonised with LA-MRSA, and the bacteria were more prevalent when longer periods of time were spent around animals. 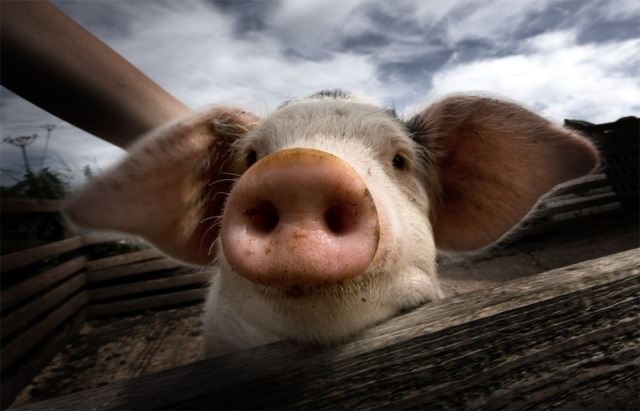 While the appearance of this bacteria in food-producing animals and the substantial exposure risk for people who work with them is a definite public health concern, following healthy guidelines in the preparation and consumption of animal products – such as only drinking pasteurised milk and checking that meat is thoroughly cooked –  should ensure that LA-MRSA has little general human impact.