Antibiotics, resistance and MRSA, oh my!

Posted on 26 September 2012 by mmmbitesizescience 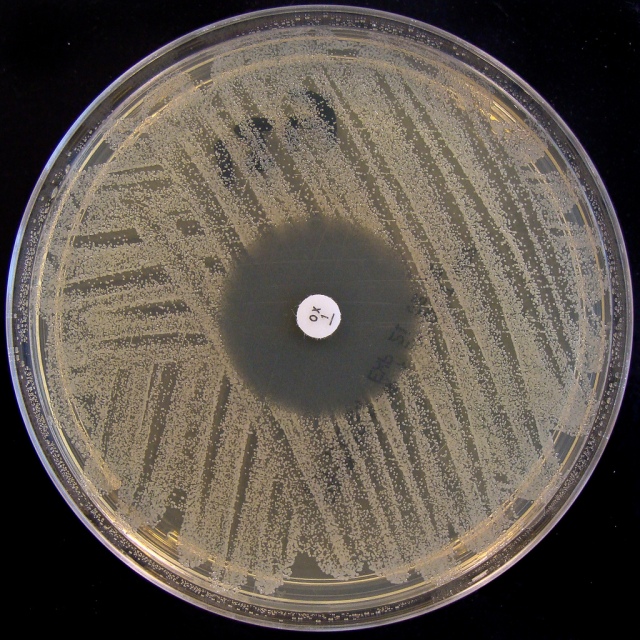 The overuse of antibiotics, both in humans and other animals, has applied a selective pressure driving the development of bacterial drug resistance. But few people realise that bacteria in the environment naturally express an impressive cocktail of drug resistance genes, and are thus inherently (and ordinarily), ‘multi-drug resistant’. These antibiotic resistance genes are key to allowing bacteria to survive in the small bioactive molecule soup which they inhabit; these molecules, including antibiotics, are produced from either the bacterium itself, or its neighbours.

One such bacteria that has been seared into the collective public conscience is methicillin-resistant Staphylococcus aureus (MRSA), a gram-positive bacteria that is resistant to beta-lactam antibiotics, such as the penicillins. While many people are naturally colonised with S. aureus, where it resides on the skin in a usually benign and harmonious relationship, a pathogenic infection can occur after a peturbation in the environmental balance. Such an infection is very difficult to resolve, resulting in a serious need for new therapies aimed at treating bacterial disease. While the development of novel antibiotics was once the subject of well-funded pharmaceutical research, this has now dwindled since the rapid bacterial reaction (i.e. the gain of resistance) prevents costs of development and manufacture being recouped. Research is now being more rationally focussed on prevention rather than treatment. Vaccines against MRSA are currently under development, and you can read more about them here.

2 Responses to Antibiotics, resistance and MRSA, oh my!