Posted on 3 October 2012 by mmmbitesizescience 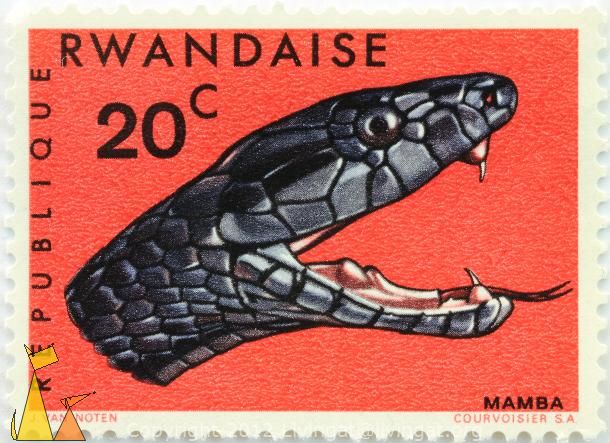 After being bitten by a poisonous snake, you can probably imagine that having a good amount of venom coursing through your veins is a pretty painful process. And indeed, that is the case with many snakes, such as the Texas coral snake, whose venom contains toxins that activate pain receptors – an excellent method of warding off predators. However, the venom from the black mamba, Dendroaspis polylepis, has now been shown to contain a new class of peptides, brilliantly named, ‘mambalgins’, that actually block pain (which you may consider to be a good thing when you are being slowly consumed and digested by a black mamba). These mambalgins work by blocking both peripheral pain receptors and central neurons, and have a potent, rapid analgesic effect similar to morphine, but without the less-than-ideal side effects of being highly addictive and inducing respiratory distress. They may, therefore, have value as a novel class of naturally-occurring painkillers.