More evidence that red wine and aspirin protect against cancer

Posted on 14 February 2014 by mmmbitesizescience 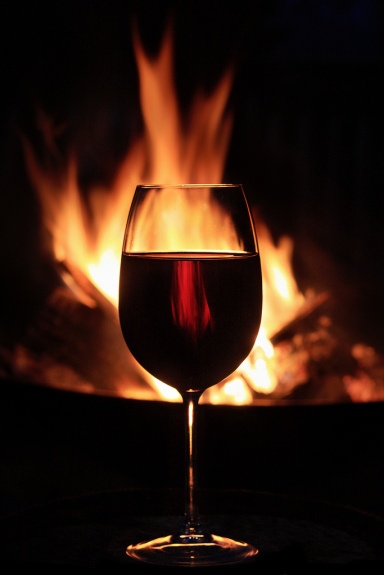 Cancer is a disease of genes. DNA mutations mess with the genetic content of a cell, enabling it to escape the normal controls that restrict their growth.

Now, a team of scientists led by Delphine Lissa and Guido Kroemer at the French Institute of Health and Medical Research in Paris have begun exploring ways to slow or stop the formation of cells containing multiple copies of chromosomes, which they think are an essential intermediate in cancer formation.

Normal healthy cells are diploid, which means they have two copies of each chromosome, one from each parent. But during cancer formation, early malignant cells are often tetraploid, with four sets of chromosomes—the extras are either mistaken copies created in-house or genomes picked up from other cells.

Most cells deal with tetraploidy by committing suicide before they become malignant. These genomically deviant cells can also get removed by the immune system as part of its routine cancer surveillance program. But sometimes, these cells are not dealt with, allowing them to continue accumulating chromosomes and acquiring new genetic mutations, transforming them into dangerous cancer cells.

In their study, published in the Proceedings of the National Academy of Science, Lissa and colleagues looked for drugs that could kill tetraploid cells, but leave healthy diploid cells relatively intact. After screening a panel of 480 bioactive chemicals from a database at Harvard Medical School, they came up with two hits: aspirin and resveratrol.

Aspirin is a common presence in the medicine cabinet, and has an excellent record against disease. Almost all of us have enjoyed its headache-relieving properties, and many old people are advised to take small doses of aspirin to protect their hearts. There is also evidence that aspirin can prevent colon cancer.

Those of us who enjoy red wine are ingesting resveratrol on a regular basis. It is also found in red grapes, peanut butter, dark chocolate, and blueberries. While it is still not certain exactly what protective effects resveratrol has against disease, there are suggestions that it can prolong lifespan, protect the heart, and prevent certain forms of cancer.

When researchers looked closely at the fates of both dangerous tetraploid or normal diploid cells treated in a dish with their two drug hits, they observed that unhealthy cells were controlled at least partially through the activation of signals that coaxed them into committing suicide.

Lissa also looked at the use of statins, which work through some biological pathways that may overlap with those tweaked by aspirin and resveratrol (they are commonly prescribed to control high cholesterol levels and minimise the risk of heart disease and stroke). In mixed populations of diploid and tetraploid cells, statins selectively induced more tetraploid cells to die. Several agents, then, could suppress the growth of genetically unstable cells capable of causing cancer.

Stopping cancer in its tracks

After establishing that their drugs had useful effects against fully-formed tetraploid cells, Lissa looked into whether the team could prevent such dangerous tetraploid cells from forming in the first place. Seems it can be done—resveratrol, aspirin, and their biochemical derivatives also reduced the formation of tetraploid cells.

When tested in mice prone to intestinal cancer, either oral resveratrol or aspirin lowered cancer rates. By probing gut cells with fluorescent tags, they saw that fewer dangerous tetraploid cells formed in treated animals. So both drugs could normalise the gut environment to minimise the likelihood of cancer.

Out of the other 478 screened drug candidates, most had no differential impact on dangerous versus normal cells. Several other agents, including the chemotherapeutic agent cisplatin, the food supplement quercetin, and the herbicide paraquat, preferentially killed normal diploid cells but allowed the dangerous tetraploid cells to continue growing.

This study shouldn’t be viewed as justifying opening a bottle of red wine. Lissa didn’t investigate the effects of these drugs on normal cells that are meant to contain more than two pairs of chromosomes—certain cells in the liver, heart, immune system, and reproductive organs all normally have extra chromosomes. Also, aspirin may have limited use as a long-term anti-cancer agent due to its serious side effects (causing bleeds in the stomach). Finally, it’s not clear whether tetraploid cells are a necessary intermediary to cancer.

Still, beyond cancer, Lissa’s method shows that approved drugs could be screened for treating other diseases, reducing the cost of finding new treatments.

Originally published on The Conversation UK.