Posted on 3 February 2014 by mmmbitesizescience 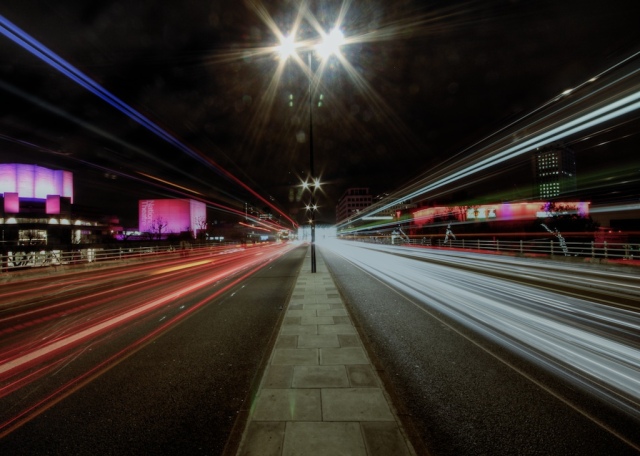 The creep and sprawl of artificial urban lighting is probably the most pervasive technological innovation of the 20th century. Keeping track of how artificial light is changing Europe’s nightscape is important, since more light is typically associated with greater economic development and urban expansion, but moderating light consumption helps to stabilise the ecosystem and energy security.

Scientists have recently used satellite night images going back as far as 1992 (publicly available from the Defense Meterological Satellite Program databank) to analyse how artificial light coverage across the European landscape has changed through the years. 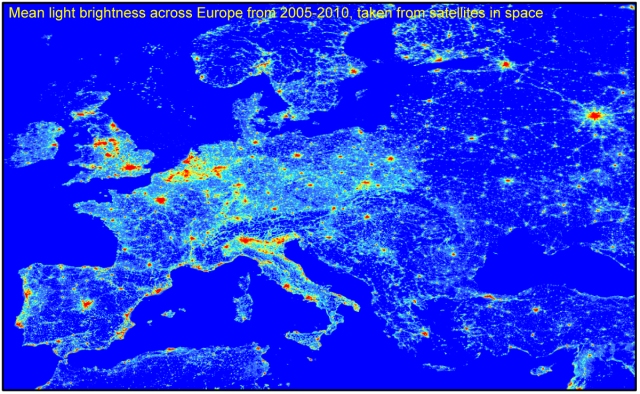 Overall, light brightness across Europe increased over the years (shown above), with Liechtenstein showing the strongest surge. Conversely, certain countries showed substantial drops in brightness, most notably Slovakia. Small spots puckering the UK, Belgium, Denmark, Finland, Germany, Norway and Sweden also dimmed over time, and often corresponded with a loss of industrial manufacturing, the closure of military sites, the modernisation of lighting infrastructures or deliberate money-saving measures. In other areas, darkness coincided with a loss of economic stability, for example when Ukraine and Moldova became independent from the Soviet Union.

This extremely cool research shows that it’s possible to track changes in light brightness across the European night sky, giving us an excellent tool to help develop interventions that minimise the effects of light pollution and re-establish the ability to enjoy the sensational stars hanging over our heads.