Obese adults are at a greater risk of getting infected by – and dying from – influenza viruses like the pandemic H1N1. So, it’s probably very important for obese individuals to get their flu shot each year. 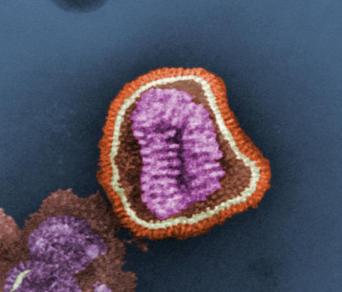 Yet interesting research coming out of the lab of Melinda Beck at the University of North Carolina at Chapel Hill is starting to paint a rather startling picture showing that obese people don’t develop good responses to vaccines compared to healthy weight controls. Antibody levels in the blood decline more quickly over time, and T cells don’t get as robustly activated or produce the same quantity of toxic molecules designed to kill invading pathogens.

Even more worryingly, these impaired vaccine responses are not just restricted to obese adults, but are seen in obese children as well. In Canada, an estimated 31.5% of children between the ages of 5-17 are overweight or obese.

Since a number of serious childhood infections, including measles and whooping cough, are on the rise, obesity could be a modern risk factor contributing towards the development of serious disease, potentially even in vaccinated individuals where primed immune responses just aren’t as good at dealing with infections.

There is currently a real push in the field of oncolytic virotherapy to create tightly cancer-targeted viruses that minimise side-effects in normal healthy tissues. Yet new research from North Carolina State University suggests that using a less stringently targeted virus might be better at achieving tumour control.

It’s really important to generate large numbers of virus particles both at the beginning and end of oncolytic virotherapy. A huge burst of virus particles descending on the tumour gets the treatment off to an excellent start, and keeping virus levels high as the tumour shrinks ensures that no cancer cells escape.

The problem is that when the virus starts blasting through tumour cells, it is essentially removing a huge source of host cells – and thus its own capacity to replicate. On a practical level, this means that virus levels begin to decline with the tumour mass. Once the immune response becomes activated, the virus population slumps even further. This can allow tumours to relapse.

Happily, mathematical models predict that using a leaky virus that not only infects tumour cells but also a controlled number of healthy cells can maintain virus supplies. These mini virus factories could potentially be safely set up in organs like the liver that are capable of recovering by regenerating after virus infection.

In recent years, scientists have made huge progress in furthering our understanding of how the immune system works, and applying this knowledge to vaccine design. Yet we are still pretty much in the dark about what makes a “good” vaccine. Are live replicating microorganisms better than dead ones? Is it better to generate an antibody or a T cell response? Are central memory or effector memory T cells better?

Big data promises to help us get to the bottom of these questions, and ten thousand others just like them. By analysing huge data sets, we can begin to tease out correlations and signatures that predict if (and how) a vaccine will protect against its designated disease.

Scientists at Emory University recently took the big data approach and created a hugely powerful database loaded with the molecular profiles of over 30,000 human blood transcriptomes from ~500 studies. They used this to look for a signature of protection across 5 successful human vaccines (2 against Neisseria meningitidis, 1 against yellow fever virus and 2 against influenza virus).

Since their tested vaccines varied in their nature – some were conjugate vaccines made up of two distinct parts, while some were live attenuated vaccines – it was tricky to come up with a universal vaccination signature between all 5 vaccines beyond the basics of “B cell activation” or “leucocyte differentiation”. Happily, though, it was possible to see similar signatures of immunogenicity within a vaccine class. For example, vaccines that had a large carbohydrate component tended to induce stronger T cell responses, while live attenuated vaccines upregulated larger innate immunity and interferon responses.

In the image above, genes responding to each of the 5 tested vaccines (red, blue, orange, green, gray) are represented as segments of the circle. Bigger segments contain more differentially-expressed genes. A link between two segments indicates an gene overlap between vaccines.

Exosomes are small vesicles that are packed full of microRNAs, proteins, lipids and other biological molecules that get released from most cells in the body. In different biological settings, exosomes can be considered as little bubbles of joy or little packets of trouble.

For example, in a normal healthy adult, exosomes help cells to remodel themselves and pass messages between cells. Yet in cancer cells, malignant exosomes can change how immune cells look and behave, and may promote tumour development.

Now, a team of scientists at the National Cancer Institute in the USA have analysed how radiation therapy affects the release of exosomes from either healthy or malignant brain cells. They found that radiation therapy increases the number of exosomes being secreted from both normal and cancer cells, and changes the nature of their proteomic payloads to promote cell motility. Such exosomes could play a substantial role in helping cancer cells to spread.

A genetic blueprint of influenza virus

Currently, scientists can easily manipulate the genetic codes and epigenetic markers of viruses. This can help us to come up with innovative new ways to protect against serious pathogens like influenza virus, which can cause debilitating and even fatal infections.

But even though we’ve come a long way in flu vaccine design, we still rely on a lot of guesswork to predict which strains will arise in a given season, and haven’t yet been able to develop a one-size-fits-all vaccine. This is mostly because influenza is a genetically divergent virus that has a huge capacity to evolve and mutate.

Now, a team of scientists at the University of California have taken a good hard look at influenza virus, and mapped out which genetic areas are absolutely critical for virus replication and survival. After deep sequencing ~98% of amino acids in the influenza haemagglutinin (HA) gene, they identified which areas can cope with – and ultimately benefit from – spontaneous mutations. More importantly, they identified which areas are indispensable for the virus life cycle, and have the potential to be simultaneously targeted by new super vaccines to prevent the emergence of escape mutations.