Posted on 20 March 2013 by mmmbitesizescience

Regenerating the human body by growing whole new organs or patching up damaged ones from just a few cells scraped from your own tissues is a fascinating area of science known as bioengineering. Every living cell in such an organ is sustained by the blood, which supplies food and gases and flows through a conduit network of hollow vessels. Successful organ bioengineering relies on establishing such a system of blood flow capable of reaching and supporting the energy demands of every living cell. 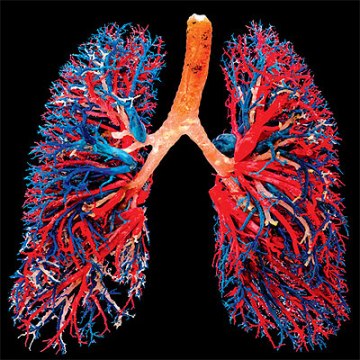 Sprawling throughout our bodies, blood vessels have walls several cell layers thick, incorporating endothelial cells, smooth muscle cells and many others, all woven together and poised in a harmonious balance with their neighbour. Artificially creating something with such natural complexity is a tricky business. The developing human embryo is naturally pre-programmed to form a huge variety of cells from a single founder population, the pluripotent stem cells. These come equipped with a weighty tome of instructions that direct the formation of cellular offspring that populate the various parts of the body. Yet harnessing the capabilities of pluripotent stem cells for organ bioengineering churns up some serious ethical and moral issues, since the only real human source is the developing foetus. The established human body also contains a source of stem cells, known as adult stem cells, which are usually mobilised when organs require maintenance or repair. The problem with using these cells for organ bioengineering is that they are confined to producing cells from a designated category, so aren’t quite as pliable, and are also incredibly rare, so it’s almost impossible to safely harvest a good chunk of starting material. You can get around this by bulking up cell numbers in a dish, but this can be time-consuming (most material harvested from humans grows slowly) and expensive. More than that, manipulating cells in this way often changes their very nature, and once they have been convinced to start growing, what if they don’t stop?

So, clearly, obtaining enough primitive, malleable source material to effectively vascularise a bioengineered organ is an issue. An ideal solution would be to take a common adult cell that has already reached its full potential, is easily harvested and grows like a weed outside the body, and turn it back in time to resemble something like its primordial ancestor, the pluripotent stem cell. Advancing this concept, researcher’s from the UK and China have now developed a totally new type of bioengineering starter cell, the partially-induced pluripotent stem cell, which can create lots of different sorts of cells, but happily lacks the potential for uncontrolled growth and tumour formation. Starting off with fibroblasts (see image, below), widespread cells that provide structure and support in every organ, the team supplied four lots of DNA-targeted instructions designed to reset the cells to a more primitive state. This prompted cells to enter a genetically liquid phase where multiple cell outcomes were possible, including bone, cartilage, fat, nerves or blood vessels. Reset cells underwent rapid changes in how they moved, grew, divided and survived, yet they were also very well-behaved and showed no signs of losing growth control. Several reset cells began to spontaneously form hollow, tube-like structures and expressed genes classically associated with endothelial cells, one of the main cell components of a blood vessel. 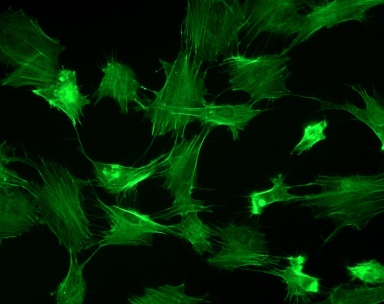 Could these reset cells, then, which had already shown a natural inclination to form cells of a vascular origin, be coaxed to focus their development more specifically down this pathway? To test this possibility, reset fibroblasts were fed a tasty molecular soup designed to encourage conversion into endothelial cells. Cells emerging under these conditions built up into multi-layered blood vessel structures, which were robust, stable and able to perform normal functions, such as taking up low-density lipoprotein (LDL), an important part of circulatory health. When cells were seeded onto an artificial bioengineering scaffold, they were able to form nice, native vessels composed of an extensive repertoire of vascular cell types. Perhaps most impressively, these cells also performed admirably when tested for their ability to restore damaged blood vessels in a living animal: when injected into an injured mouse leg, cells were able to attach and integrate into the muscle to improve blood flow, re-establish circulatory system connections and restore oxygen supply to the muscle.

Thus, manipulating a common cell to acquire specialised vascular functions is entirely possible and reprogramming cells in this way is a great step forward in terms of bioengineering safety and feasibility. While researcher’s have not yet tried this with human material, the short time it took to reprogram cells (~2 weeks) suggests that this could be a viable approach to personalised regenerative therapy, which could ultimately render organ donation totally redundant.